The impact of COVID-19 that took place in early 2020 has created challenges for Uber businesses all over the world, including in Australia and New Zealand. Their on-demand ridesharing service, which is their core business that was hardest hit during times of pandemic. Where everyone is forced to remain at home in order to cut off the spread of the disease.

This condition affects the company’s financial condition which requires them to run the business efficiently. One part of the company’s role affected by this efficiency is front-line customer service employees since there is not enough work for them.

Consequently, in early June 2020 Uber have to permanently close every Greenlight Hubs across Australia and NZ. This closing announcement was received directly by their partners via driver’s registered email address, whether it is rideshare or delivery drivers.

Actually, Greenlight Hubs is an important thing for their partners, a place where driver and delivery partners can get in-person support which is usually located in the big city where their partners work. Many visit this place as a last-ditch effort to get in-person support with the problems they deal with after other support media cannot provide the expected solution. 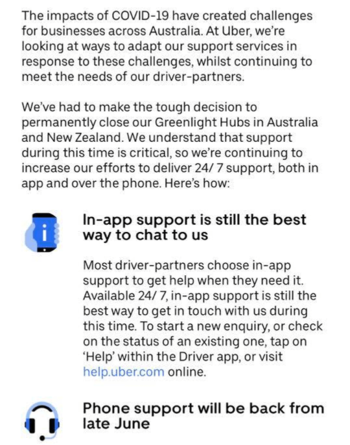 In addition to providing support for existing driver-partners, the local driver hub office is also sometimes used by new partners seeking to join Uber’s rideshare and food delivery platforms in both countries. In there they can ask for help to fix missing required docs and speed up driver account activation, which should only take about 1-2 business days for driver account activation (of course after everything has been approved).

So what about the support given to drivers when Uber permanently closes their Greenlight Hubs across the Australia and NZ? Actually, there’s no need to worry, Uber continues to provide support to its delivery partners mainly from their in-app support. They stated that their in-app support was the best way to solve driver’s issues.

This help can be reached directly from the Uber driver app via the Help menu. In case you cannot access your mobile phone where the driver application is installed, you can still access support through a web browser and visit help.uber.com. The in-app support can be used to track the existing inquiry or create a new one.

Apart from in-app support, driver-partners can also get assist by making a phone call. This is media designed for those who want an instant response to the problems they deal with. Even though during Covid-19 pandemic, phone support centres were temporarily closed, and it will reopen around July 2020.

However, many driver-partners doubt the effectiveness of the existing phone support. As reported by Vox, it’s turned out that Uber outsourced a portion of their phone support centre to remote contractors, mostly located in the Philippines and India. Although outsourcing customer support is the norm for many major companies, drivers are more likely to talk to people who know about the condition of partners in Australia and New Zealand.

As reported by some major media such as Forbes, Uber cut 3,500 customer support employees and plans to close 45 offices worldwide including in Australia and NZ as a result of the coronavirus pandemic and the company’s business dropped by more than 50%.

Many drivers regret this decision because Uber uses COVID-19 as an excuse to close their local hubs, especially when the pandemic in both countries was under control. Covid-19 new cases in Australia declined sharply every single day, while there were zero new cases in NZ lately. 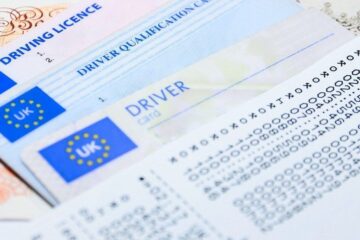 Uber eats is a gig economy job which is very popular for foreigners in Australia, especially students. The main reason is its flexibility and ease of getting the requirements to start working. One example is Read more…