Uber eats is a gig economy job which is very popular for foreigners in Australia, especially students. The main reason is its flexibility and ease of getting the requirements to start working. One example is the use of an overseas driver licence as a substitute for those who deliver by car, motorbike or scooter. Without the need to convert it to a state-issued licence.

This policy is not only driven by Uber but also by the local government, so it also applies to other on-demand delivery platforms such as Menulog, DoorDash, Deliveroo and others. The policy has been running from several years ago and applies to select cities in the majority of states around Australia.

Victoria is one of the cities that used to implement this policy but Uber only apply it in Melbourne. Since then the number of foreign delivery drivers in Australia has increased, especially those working for Uber Eats, the biggest online food delivery service in the country.

However, this condition seems to be ending soon because there is a change in the use of overseas licences in Victoria, especially in Melbourne where previously overseas driver licences were allowed to be used as one of the registration requirements.

As you’re aware, due to the impact of Covid-19, the date by which overseas licence holders had to convert to a Victorian Licence was April 2021. This deadline date has now been extended by six (6) months.

However, this rule was postponed for one year due to Covid-19. So they still have a deadline until 29 October 2021 (6 months from the previous deadline date – 29 April 2021). As you may have noticed, Vicroads limits light vehicle drive tests and computer-based licence tests to control the spread of viruses during a pandemic.

If you are an overseas licence holder and have lived in Victoria for less than 6 months, you can continue using your licence to deliver with Uber as long as it’s still valid and has not passed the licence conversion deadline.

Deliver Uber Eats with an overseas licence after deadline

As a driver who delivers using a car, motorbike or scooter you’re encouraged to convert your licence to a Victorian licence if you have lived in Victoria for more than 6 months and still want to drive in the state lawfully. If you do not convert your licence after the deadline, you will be driving unlicenced around the state which is a serious offence under the law.

Uber, as a delivery platform that recruits drivers in the state, of course, must comply with the latest laws that have been in effect. If you have been delivering with Uber Eats on an overseas licence so far, you are strongly advised to make the conversion immediately.

Because sooner or later Uber will contact the affected driver-partners to do it immediately. Uber may also have temporary suspend affected drivers accounts if their licence does not comply with the new regulations.

To avoid Uber account suspension, it is highly recommended for all delivery drivers who hold overseas licences to immediately convert to a full licence. Because it seems that you will still be able to go online and take orders only after your driving licence conversion process is running.

One possible way to avoid Uber Eats account suspensions is to switch from a motorized vehicle account to a bike account. Because delivering with bicycle including e-bike is not required a driving licence.

If you haven’t made an account change before, you still have the opportunity to change your vehicle. You can try to contact Uber via the Help menu inside the driver app. For those who have made vehicle changes before you can also try, who knows Uber has changed its policy.

The licence should display your full legal name and come from several approved countries, such as India, China, Brazil, Nepal, Malaysia, the Republic of Korea and several others. 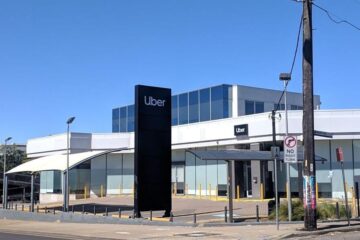 The impact of COVID-19 that took place in early 2020 has created challenges for Uber businesses all over the world, including in Australia and New Zealand. Their on-demand ridesharing service, which is their core business Read more…