Ola Rideshare service officially operates in New Zealand at the end of 2018, at that time they only operated in three main cities Auckland, Wellington and Christchurch. One year later or Dec 2019 they announced to expands their services in several new cities across the country that are Hamilton (including Taupo), Tauranga (including Rotorua), Napier-Hastings, Dunedin, Palmerston North, Nelson, New Plymouth and Queenstown.

When they first arrived in NZ, they lured a new driver with a 9% commission fee or also referred to as a service fee, a percentage of cut does Ola take from the trip fare. But when they started out their services in several new cities in 2019, they offered 0% commission fees for 4 weeks. In other words, you will get 100% of trip fare (excluding booking fees, tolls, airport fees and any other third party charges).

It’s a great deal for driver-partners in New Zealand, but you need to remember that the 0% commission offer is only valid for 4 weeks from the time you approved to drive with Ola. In addition, this new city promotion only applies to drivers who sign up and activated within the offer period which starts on 3 December 2019 and ends on 31 December 2019.

After the promotion period ends every Ola driver-partners in NZ will be charged with a standard 18% commission fee. If you think the percentage is large enough, you should be aware of the similar fees charged by the Uber platform. As we know, Uber standard service fee is 25% for every trip, not only applies in this country but almost all over the world where they operate.

However, rideshare driver income is not only determined by the commission or service fee charged by the company to its partners. There are several other factors that affected driver pay, such as how many riders or customers utilize the app to request a ride. In this case, a popular rideshare platform that has a lot of riders will benefit the driver as they will get more jobs.

In addition, drivers’ income can also be influenced by bonuses, rewards or incentives offered by the company. Both of these companies have their own rewards system, Ola offering rewards scheme that provides bonuses based on the number of completed trips in a certain period of time. Whereas Uber has more various rewards and bonuses like Uber Pro, Quest and Boost fare. 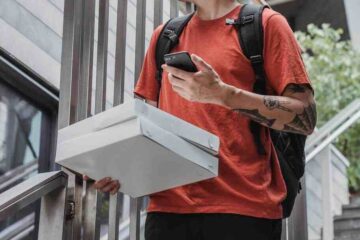