Hi there, have you ever got an “Unable to load data” error message when you want to schedule a dash using the Dasher app on your iPhone. When I’ve had this problem once or twice, I still ignore it, but lately, it’s been popping up more and more and it’s frustrating me.

It seems I have been cursed with this issue because it comes almost every day and not only happens when I’m going to schedule a Dash but sometimes also happens on the front page of the app preventing me from Dash Now. At that time it was very busy in my area, everything is red on the map and it made me miss the opportunity to earn more.

I’ve tried doing all the actions I know but there’s no luck. Have you or maybe someone around you ever experienced it? If so, I hope you can share your experiences and solutions to solve the Unable to load data issue.

I’m so sorry for your loss. This must be incredibly complicated for you. I heard of this problem from a delivery driver about a year ago and I’m quite surprised that this problem is still being experienced by some Dashers like you even today. Looks like DoorDash hasn’t found a permanent solution to fix this issue from last year.

After researching about the Unable to load issue from various sources, including from DoorDash delivery drivers who have experienced it. Here we will try to explain this problem and some facts about it that could be a reference for you and other Dasher.

Why does it say Unable to load data?

‘Unable to load data’ is an error notification that often appears in the DoorDash Driver app. We might call it a software bug because when this notification appears it will usually prevent Dasher to go online. This means they can’t earn money with this platform until this issue goes away. 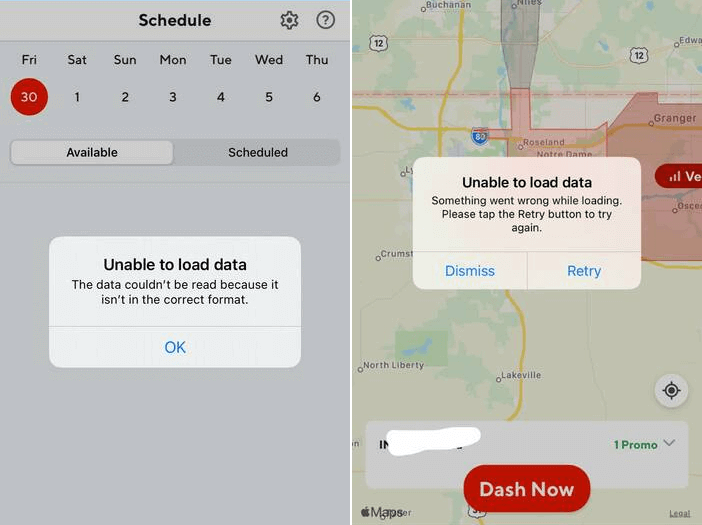 This is one of the software-related issues in the DoorDash driver app. Apart from this issue, there are some common software bugs that are quite well known among delivery drivers. For example, error notifications saying Dasher must be active to schedule Dashes, and Please have your red card setup issue.

Why did I get this issue?

This issue has been experienced by quite a number of Dashers out there, we hear about this frequently from US and Australia based delivery drivers, so we conclude that it has nothing to do with the driver’s location. In addition, this problem can also pop up to newly registered as well as existing delivery drivers, put simply this has nothing to do with how long you have been active.

However, from some of the information that we have analyzed, there are some similarities in Dasher’s condition who suffered from the Unable to load issue. Here we explain some of the things that might be the cause of this error message:

Possible fix for the “Unable to load” issue 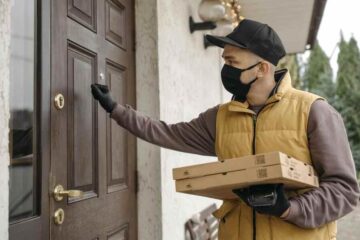 Hi, I’m an Uber Eats driver with more than two years of working with this platform. I haven’t had any problems until a few days ago when I received a message from Uber about my Read more…