Some Ola drivers in Sydney in early January 2020 have received notification in their e-mail about the implementation of a new safety feature called OTP or One Time Passcode. A feature that requires drivers to ask passengers their in-app generated passcodes on the Ola customer app.

The code is required for a driver to start their trip, the driver needs to input the code manually in their application or the ride will never happen. This can be done right after the passenger enters the vehicle and you are still stopping at the pickup location.

The OTP is one of Ola’s efforts to avoid mistakes that commonly take place in ridesharing services, such as passengers accidentally getting into the wrong vehicle and the driver starts the trip without rider confirmation. This often happens when passengers are in a hurry or in a busy and crowd situation such as during a festival.

In addition, this feature is also able to provide convenience and security for riders to order a ride for other people even though they do not have access to the application and only have the code in hand.

With this, the driver can avoid awkward moments that can occur due to pick up the wrong riders. The following are emails received by several driver-partners in Sydney.

From 5 February 2020, we will be rolling out a new app feature to improve the safety of you and our customers. This feature will match you with the right customer before the ride begins, ensuring you don’t pick up the wrong person.

Before you start your ride you will need to request the OTP (One-Time Passcode) from the customer, which can be found above their ride details in the customer app. You will need to enter the OTP into your driver app while your vehicle is stationary.

You will not be able to start your ride until the OTP is entered into your app.

Although this feature was created to provide more security on its platform, this feature is not free from drivers-partners criticism. Some of them complained that this feature would make the trip process much longer, especially in the busy area. Even some said that it might violate mobile phone and driving regulations since drivers had to touch the phone more often.

However, even though it has just rolled out in Sydney, the Ola one-time passcode feature has been presented in several major cities in Australia, even the Newscastle driver-partner has been working with this feature without any significant issues since last year, and it seems like this feature won’t be a problem if implemented in Sydney. 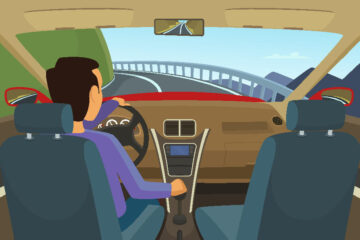