Is DoorDash Fast Pay Available in Australia? Daily Cash Out Feature for Dasher

Just wondering is fast pay available in Australia? And have you ever heard of the Australian Dasher being successful with it? I have done all the requirements, such as having been active with the Doordash platform for more than a month and having made more than 100-lifetime deliveries. However, it is still telling me I’m ineligible for it.

It’s a little bit frustrating because this week I’ve decided to focus on Doordash than any other platform. My income is also more than enough and I hope to be able to withdraw it using the Fast Pay feature at the weekend. Now it seems I have to be patiently waiting for their weekly direct deposit to come.

Previously I also tried to talk to Doordash support and they said that this feature is currently only available in North America so they weren’t much help in this case. So, this time I want to ask you and confirm whether this also happened to you or other drivers you know?

Hi there, I know the feeling. But unfortunately, it’s true, the Fast Pay cash-out feature is still not available for Doordash drivers in Australia. Currently, this cash out feature is currently only available for the US and Canada. Dasher in several other countries where the company operates such as Australia and Japan still cannot take benefit from this feature. 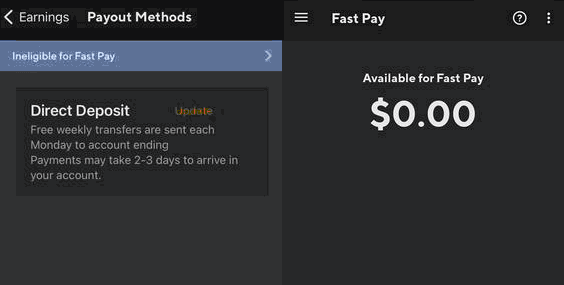 Another possibility is that Doordash may already have plans to enable Fast Pay for Dasher in Australia sometime soon. Maybe they are still preparing payment infrastructure to support this feature, such as collaborating with local banks in the country.

We believe that Doordash probably will enable this feature as well. The reason behind this is that their main competitor in Australia – Uber Eats, has enabled daily cash out options to their delivery drivers. On top of that, Uber does not charge a fee for drivers to be able to take advantage of this feature, while Doordash still charges a $1.99 fee for every cash-out.

For now, it looks like you have to be happy with their standard weekly payment. Their weekly deposit also doesn’t look too bad since most of the time the money is usually reflected in the driver’s bank account on Monday. Working with multiple delivery apps is one of the solutions if you often need to cash out earnings right away.

For your information, the following are the requirements that must be passed by Dashers if you want to be eligible for Fast Pay. Which might be useful for drivers when this cash out feature comes to Australia in the future.

You need to know, to be able to use Fast Pay for the first time, you will have to wait about 7 days after entering the debit card details. In addition, when you re-enter or change your debit card information, your payment will be delayed for another 7 days. This is done to protect driver accounts from malicious earnings withdrawals. 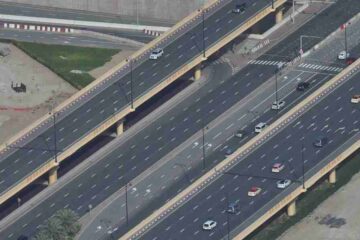 Why Amazon Flex doesn’t reimburse my toll road charges? How to claim it correctly

Hi there, I just had my first month with Amazon Flex. When doing the blocks I sometimes have to pass tolls to reach customer locations as quickly as possible. Sometimes it is still possible for Read more… 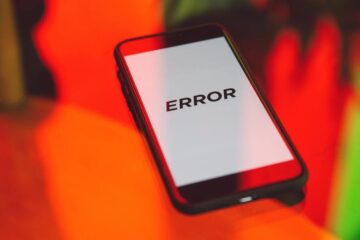 Have you had issues with the Doordash driver app showing an ‘Oh no!’ error message when trying to complete payment details. Here is the message I received, ‘Your date of birth is invalid. Please double Read more… 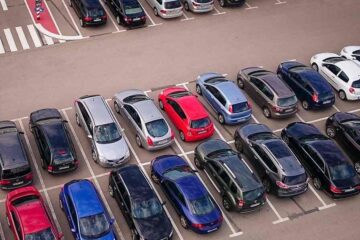 Does Amazon Flex Reimburse Parking Fee? What are the actual expenses that we can claim?

Hi, I just tried submitting a claim for parking fee reimbursement after my block finished. Unfortunately, Amazon said that they do not cover the costs of parking. I am quite disappointed with this decision because, Read more…