DoorDash was officially unveiled in Australia in early September 2019 starting from Melbourne, the capital of the State of Victoria. Not only in Melbourne, but the US-based on-demand food delivery service also planned to be launched in regions around Victoria as well as some major cities in Australia such as Sydney and Brisbane until in early 2020.

Inside their official blog, DoorDash claimed they have been partnered with thousands of restaurants to the platform. Starting from the most favourite restaurants in the city such as Nando’s, Salsa’s, Betty’s Burgers to local tasty restaurants in the suburbs of Melbourne.

Your food order will be delivered by their courier called Dasher. No need to worry if your food will take a long time to deliver because the company has recruited Dasher in the last few months even before their on-demand food delivery officially arrives in Australia.

In Australia, DoorDash must compete with existing on-demand food delivery services such as Uber Eats which is the market leader in Australia and also their main rival in its homeland. In addition, there is also a UK-based company Deliveroo and Sydney-headquartered company Menulog. To gain the market share DoorDash sometimes offers promotions to attract other users to their platform.

One of the promotions carried out at the beginning of its appearance in the country is to guarantee the user’s food order will be arrived within 30 minutes or they will give you a voucher worth $30 for your next order.

To attract food lovers in Australia, DoorDash provides many attractive promotions for those who use the application for the first time. This type of promo is the least difficult to find and has a higher discount value than a promo for existing users. This promo usually can only be used once for your first order, unless stated otherwise.

Everybody who has never ordered meals through their platform is able to use this type of coupon codes. So, whoever you are if you have never ordered food from them then you are still counted as a new user, even though you signed up a year ago.

However, if you have used their service in the US and want to use it in Australia, you will be counted as an existing user and not eligible to use these coupons for DoorDash.

Finding DoorDash coupons that actually work is sometimes quite difficult, especially if you are not a new customer who has never bought food from them. But don’t be sad, besides new users promotions, DoorDash also sometimes offers special offers for existing users.

The main goal is to make its users continue to choose their service over competitors. However, this type of promo is often given privately via customer e-mail that is registered on the app.

Chances are the promo code is only given to specific customers, especially those who often make use of their services. So, this type of coupons like a reward from the company to its loyal customers.

To avoid not-targeted users using the existing promo codes, DoorDash even protects this type of promotion code. Eligible users need to go through the link provided in the email they received to activate the code and put it to use. Below is an example of an email received by existing users: 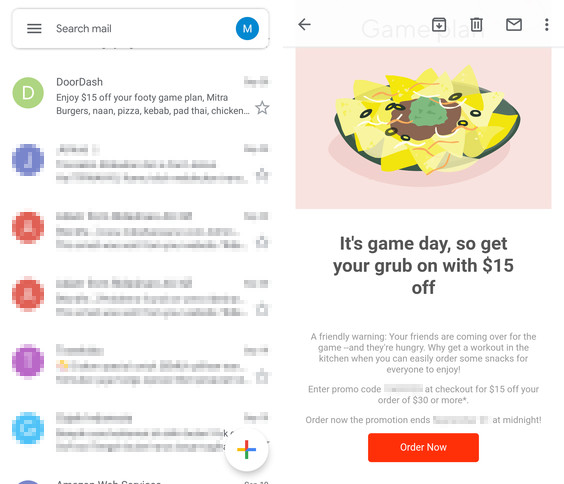 Where I can use coupons for DoorDash?

There is one way to find out where you can use this service, install the DoorDash customer app, which can be downloaded at the Apple App Store or Google Play Store. After that, you can register yourself in the application and then add the delivery address where you want to receive the food you ordered.

How to use the codes

If you have a DoorDash promo code that you want to use, you can directly enter the app, but make sure you already registered. 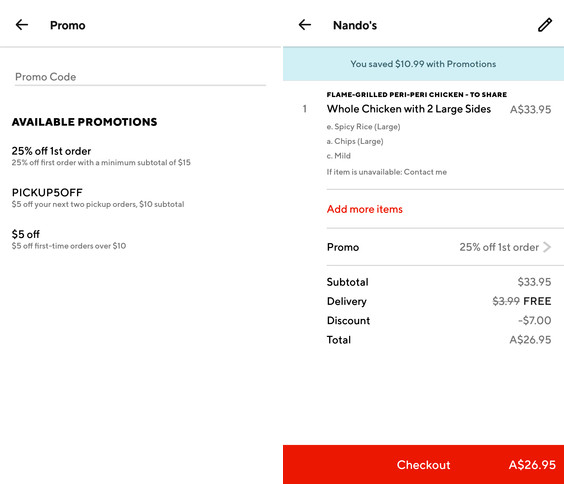 Besides downloading the app, DoorDash can also be accessed via the website. You can use almost every functions through a web browser on your personal computer. That includes placing orders, view your current order status, as well as using the coupon code.