Providing promo codes is one of the general marketing strategies used by internet companies to be able to attract new customers to try their goods or services they offer.

Some rideshare companies have also used promotional methods like this, one of which is Uber, the biggest ride-hailing company. Uber promo code has proven to be able to attract many new users, especially in cities where Uber has just arrived.

The Indian-based transportation network company – Ola, apparently also did the same thing to be able to attract new customers and compete with the other ride-sharing companies.

When first coming to Australia and New Zealand Ola also offered a special promo code for their users in both countries.

What is Ola Coupon Code

Ola coupon code (promo code) is a fairly effective strategy for attracting new users who have never used ride-sharing services or existing users from competitors who want to experience the rideshare experience with a new app.

Although the main target of this type of promotion is new users who have never used their app before. But sometimes Ola also gave promo codes for their existing riders, hoping that they would continue to use their services rather than competitors.

Especially in several big cities such as Sydney, Melbourne, Brisbane and Auckland, where Ola must compete tightly with veteran ridesharing, and several other new apps such as Bolt (formerly Taxify), Didi and GoCatch.

By using Ola promo code, riders have the opportunity to get discounted trip fare. The total cost of your actual trip will be reduced by the value of the active promo code in your account.

As an illustration, you have entered a valid Ola coupon code and it is worth 50% off with $10 max discount. A trip with an estimated fare of $27, by entering the code, the estimated fare will be dropped to $17.

Just like other transportation network companies, Ola also provides special promo codes for new users in Australia and New Zealand, because as we all know this is their main target of promotion.

If you have never ridden with Ola before, you may be eligible to use this type of promo code.

Below are the screenshots when the code used on the Ola app. 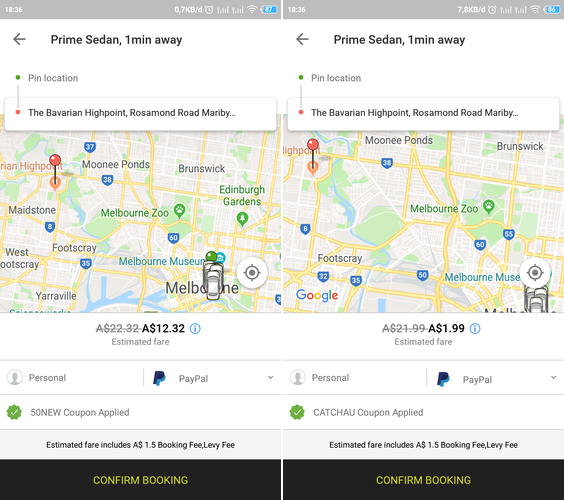 The screenshot available below: 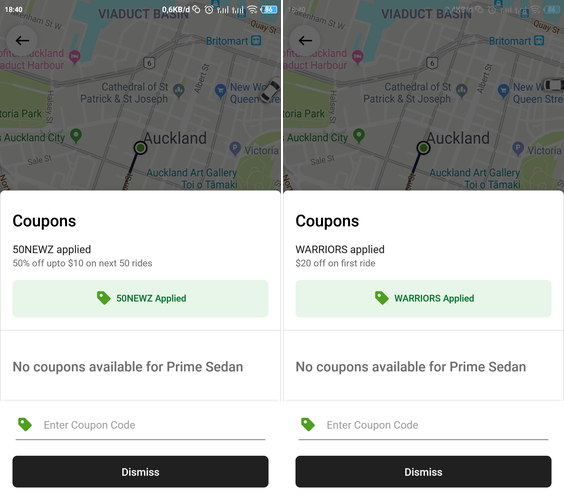 *Each promo code has a validity period, if you find the code expired, let us know and we will find a new one.

Australia and New Zealand are very potential in ride-hail markets. In Australia, you can find more than 6 ridesharing companies that have officially operated in the country.

Tight competition occurs between the ride-share companies in these two countries, not only to attract new users but also to maintain existing customers to continue using their services. One of the efforts made to remain competitive is by offering promo codes for existing users.

See the screenshots below when the code applied on the app. 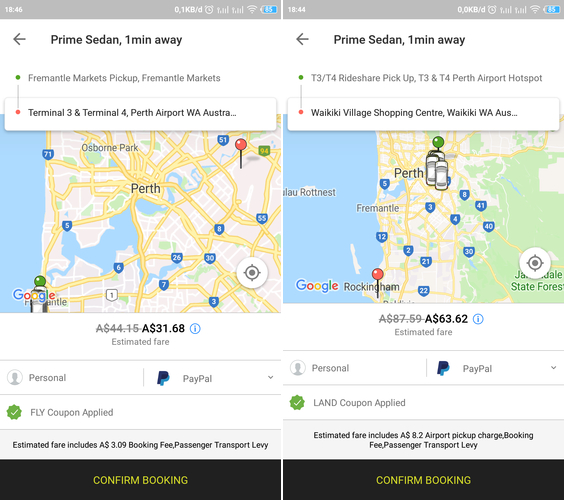 Code for Existing Users in AU

If the code doesn’t work when you apply it, don’t be sad. You can still get a valid Ola promo code for existing users usually given at special events like the National Rugby League (NRL) or others.

To be the first to know about the latest promotions from Ola, don’t forget to opt-in their newsletter for regular promotions via email, and also follow their social media accounts both Facebook, Instagram and Twitter.

How to Use Ola Coupon Code

Ola app has easy to understand user interface that makes its users get a ride in seconds. This also applies to the use of promo codes, you can easily find and apply promo codes to get discounted trip fare on the app.

To start using the promo code, make sure you have installed the latest Ola app from the Apple App Store or Google Play Store, then register for an account with them.