Didi in Australia – List of Cities, The Fare, and more

China-based mobile transportation platform Didi Chuxing is currently working on a massive expansion. After successfully mastering all of China and making Uber out of the country by buying its China operations.

After doing well with Uber now Didi seems to be more confident to further expand its network, not only in its homeland but around the world.

Australia is the next goal, a continent with more than 24 million people is definitely a potential ridesharing market despite the fact that there are already veterans ridesharing service – Uber and India-based rideshare company – Ola Cabs.

Didi arrived in Australia in June 2018 started with the City of Melbourne and Geelong by bringing in ridesharing business experiences and world-class technology. They offer a safer trip that starts with the stringent recruitment of driver-partners, on-trip sharing, and phone number privacy.

Didi Chuxing probably is not so familiar to you, as it is only available in a few countries. But this company was able to become one of the World Most Valuable Start-up Companies with a valuation of US $ 60 billion in mid-2017. The Company also invested in several ridesharing companies such as Lyft, Grab, Careem and also their rivals in Australia, such as Uber, Ola and Taxify.

One of Didi’s main strategies in 2019 was Globalization, in addition to Australia, this transportation network company also started to expand its services to Japan and Latin America. Providing intelligent transportation solutions for cities around the world.

Currently, Didi only goes into business in four cities in two states, in Victoria (Melbourne and Geelong) and New South Wales (Sydney and Newcastle). They chose the four cities since they were all big cities with millions of population when combined. 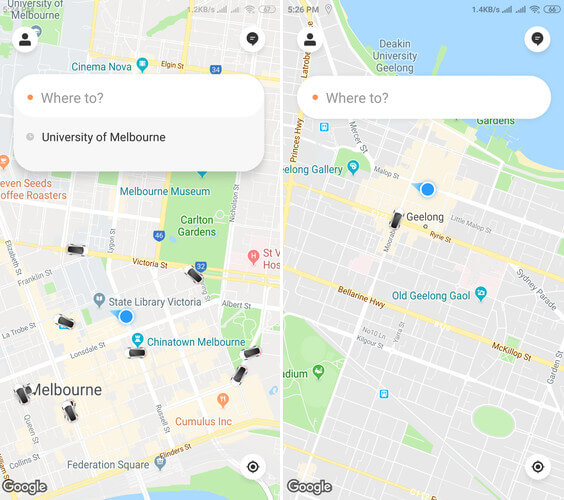 Didi in Melbourne and Geelong

We can’t say for sure whether Didi will broaden to another state or not. Chances are, now they are still evaluating their achievements in the first four cities, then determine the strategy of expansion to even more cities in Australia.

However, if we look at Didi’s global strategy to continue to grow outside of its homeland and their plans for IPO in 2019, then there is a possibility that they will expand their ride-hailing services, at least in other big cities like Sydney or Perth.

As opposed to Uber and Ola that are fitted with more than one vehicle options. Didi happens to be more comfortable with only giving one option, it’s called Didi Express, an economy ride option just like UberX and a basic service from other ridesharing companies.

So, when you order a Didi Express ride you will get a vehicle that is mostly sedans that can accommodate 4 passengers like the Mazda 3, Toyota Corolla, Toyota Camry, Holden Cruze and similar vehicles.

Update! An additional vehicle option is available in Australia, Didi Max can be requested for those who want to travel with a maximum of 6 passengers, it’s mean more room for you and your friends. You can also split the fare to pay the trip expenses, so travelling with Didi is now even more affordable.

You cannot find any difference with other ride-hailing applications when booking a ride with Didi in Australia. When you open the Didi Rider app and determining the pickup and destination location, you will see the approximated trip costs right away on the phone screen.

The fare is not an upfront price, so it can change in case the trip time to reach the destination becomes longer or the driver is required to change the route due to various factors.

The Didi fare in Australia will be based on several rates including base fare, distance fare per kilometre, time fare per minute, service or levy fee and regulatory fare like CTP fee in New South Wales. Minimum fares also apply on every trip.

The following are Didi fare breakdowns in several cities around Australia. 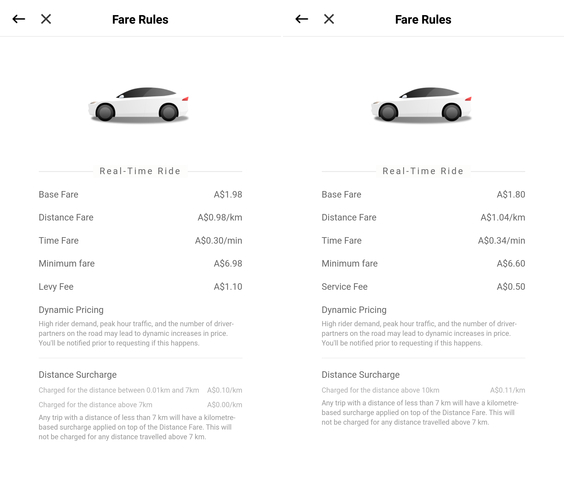 Didi Fares in Melbourne and Brisbane

Apart from the fare listed above, specifically in New South Wales, you will see another fee called CTP Fee. It’s a new CTP scheme to collect $0.10 per kilometre on every ridesharing trip, it’s collected from riders and will be paid to NSW Government.

Dynamic pricing or better known as surge pricing also applies at Didi. Some factors that influence this pricing are higher rider demand, peak hour traffic and the number of drivers at that time.

How to Become Didi Driver

As a new player in the ridesharing field, Didi certainly needs a lot of active driver-partners on their platforms. If you are interested in becoming part of Didi’s growth in Australia, you can register now. 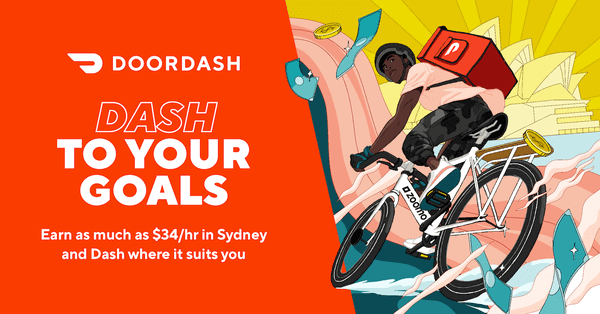 But before registering, it’s good for you to know what requirements are needed to be approved as a Didi driver in several states in Australia.

Every state has its own set of requirements for rideshare service, so if you are registered as a Didi driver in Melbourne you are not permitted to use the Didi Driver app in Brisbane to pick up passengers and the other way round. But as a Didi passenger, you are able to use the Didi Global app anywhere in the world where the service operates.

In Australia Didi also complements its services with customer support that provides assistance for their drivers and riders (passengers). You can reach their customer service team via phone, email, official social media accounts and in-app help. Read our post about Didi Customer Service Phone Number and More Ways to Contact Didi in Australia.

Not just that, they also provide Didi Driver-Partners Hub Office in every city where their rideshare service operates, read more on our post about Didi Driver-Partners Hub Office Address around Australia. The presence of the office will certainly help their drivers to solve several problems such as onboarding process, account activation and others.

When is Didi opening in Sydney?

What is the maximum age of a car to use on Didi?

This is now out of date, Didi is available in Brisbane as of 22/07/19 and is now up and running in Newcastle. Still not available in Sydney.

When is DiDi coming to the Gold Coast?

Didi is in Sydney yet

When is Didi coming to Perth?

Would love to see Didi in Perth!!

When DiDi is launching in Sydney

So are they in Perth yet? As a driver told me to download it and gave me a discount code to use… I thought got the impression he was already working with DiDi?

Hi, Didi will be available in Perth on 4th November 2019. You can use the code from that date.

We have problem with payment of Didi in brisbane, when we click payment is always error all the time since 2 days ago, have no idea who to contacting, I’m tourist from Indonesia

Hi Nanang,
Try to email customer support, they are responsive.

Yesterday 27/11/2019 I left my wallet in a Didi vehicle with $200 cash in it and tickets to the U2 concert in Perth. As soon as I got out of the vehicle I realised I had left my wallet in it. The mobile phone number given by the Didi App is engaged and call is terminated. I also have sent sms messages to this number with no response.

If I had of used the services of a taxi service like Swan or Black and White, I would of had an immediate response from its call centre and I would have had my wallet returned.

I wont be endorsing using a cheaper service in the future I will pay the higher fare knowing I will be provided with the expected customer service.